The 6-10 power forward has struck a deal to launch his own website at BigLeadSports.com, The Post has learned. The 28-year-old all-star will focus his site on sports and fashion.

Stoudemire is expected to provide exclusive content for Big Lead, which was formed as a sports blog nearly five years ago, in exchange for a revenue-sharing agreement and small equity stake in the company.

The fashion angle shouldn't come as any a surprise considering the friends he's made in the industry in his first year in New York. He's already worked with designer Rachel Roy and sat front-row with Editor-in-Chief of Vogue, Anna Wintour, at a Tommy Hilfiger show. Really, it's a climb up the ranks only rivaled by Andy Sachs.

Now it seems he's ready to share his own thoughts on style with the masses and Posting and Toasting has his exclusive first posts. 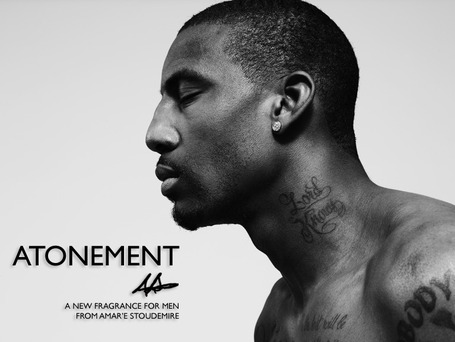 I chose Atonement not because you apply it when getting dressed after living in sin but because the scent is so revitalizing that you feel a sense of "At One-ment." You're at one with yourself as you prepare for your day ahead. It's great for the common man in his business casual environment where he needs to be centered to get by. 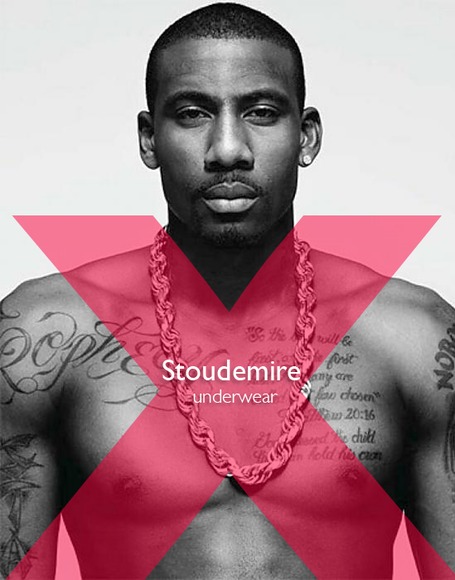 Yeah, you know, with this ad I wanted to convey how my line of underwears is so sexy that I can't even show them in the ad. If you think about it, for the common man, not a lot of people will see your underwears on a regular basis so this ad is, like, keeping you guessing just like the people around you.

If these first posts are any indication, Amar'e already has the fashion blog writing style down. It's photo-heavy which allows the fashion to speak for itself. With his celebrity and backing from fans, Amar'e's new venture will surely contend with the Gilt MANual's and Street Etiquette's of the game.