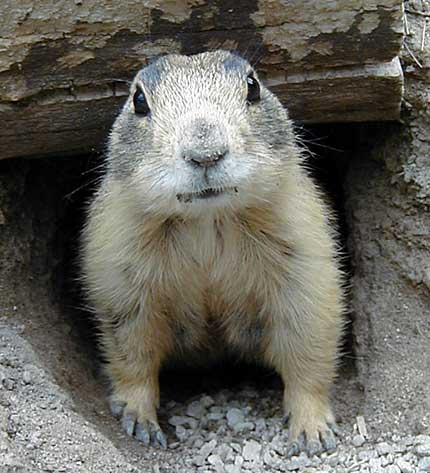 Good day, understudies! I'm out west at the moment, and I spent much of yesterday watchin' these p-dogs run around. I also found some time to hunt links, and I've put them on display before the jump. Enjoy, and don't mind the smell. They're quite fresh.

- Today's great, long read is this. LMAO just kidding, it's this piece by the egg-cellent Jim Cavan on Charlie Ward's decorated collegiate career, path to the NBA, and present role as a high school football coach. Jim also spoke to Ward about a lockout, which is apparently something that's happening right now. Oh yeah, Jim actually SPOKE to Charlie Ward! Fantastic!

- James Dolan (I can never decide whether to call him "Jim", "James", or "Poopbeard") and his "Straight Shot" played a show at the Brooklyn Bowl. Two khool khats wrote about it!

- Everybody's using this dead time as opportunity to rank basketball players. Of note, Amar'e Stoudemire and Carmelo Anthony were 19th and 20th on Zach Lowe's list (Update: Linked first by MikeI L), and this ESPN joint has both Knick rookies (and most rookies, really) and Andy Rautins in the bottom 100.

- Speaking of Rautins, Holly MacKenzie interviewed his mouth for The Basketball Jones, and the write-ups well worth a read. Reading about Andy getting chills during Melo's first game gave ME chills, y'all. I miss basketball with all of my body parts.

- Chris Mullin has, like, a huge crush on Donnie Walsh I think.

- Roger Mason Jr. is, according to Alan Hahn, considering heading back to Israel. As Hahn notes, that kind of thought process from the VP of the Players Ball isn't the most promising thing in the world.

That is all for now! Have a pleasant afternoon, everybody. Happy prairie-doggin'!