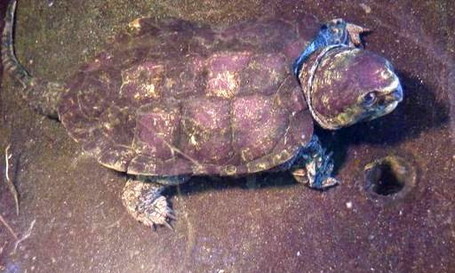 Good day, oatmeals! I've got some links to share with you, if you'd like to look at them. Take the jump.

- Yo, these turtles got some big-ass heads.

- After Bethlehem Shoals had the nerve to speak ill of Iman Shumpert last week, he and I exchanged a bunch of emails and figured we'd clean 'em up post 'em.

- If you don't want to see some cute and creepily enthusiastic babies interview the Knicks and make them sing Justin Bieber songs, don't click this link.

- The Times has almost hit for the Knickerblogger cycle. Here's Jim on the Knicks and Baron Davis!

- Everybody's super worked up about this NBA.com GM, so here it is, if that's what you're in to.

- Mike D'Antoni and the Knicks confirm that the defense was, indeed, lacking last night.

And that is all the links for now! My NY Mag Power Rankings will be up later on. In the meantime, don't bite each other, at least not without asking.