Which Knicks shoot well where?

Over the summer, this website called VORPed showed up. It's a pretty comprehensive (if not perfectly organized, yet) database of NBA shot charts and game stats from the last couple of years, and I've spent many a bored moment this offseason poking through mommy blogs past charts for this year's Knicks. Some of the charts aren't especially telling, and some (Amar'e Stoudemire's) are missing entirely, but here are a few things I noticed during my VORPed adventures: 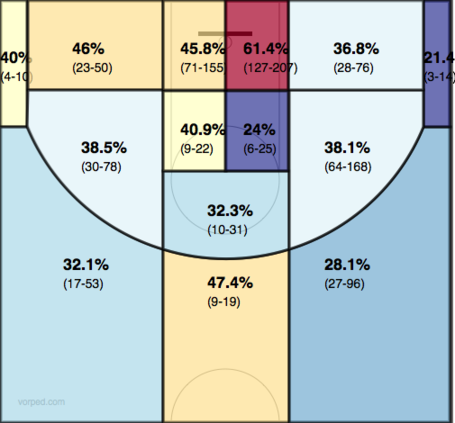 So, what you're looking at here are 2011-2012 makes-attempts and overall percentages from each zone on the floor for a particular Knick. Can you guess which Knick? Whatever. It's Carmelo Anthony. What I took away from this was that Melo shot from pretty much everywhere, but was uniformly more efficient shooting from the left side of the floor, with the exception of finishes right at the basket, where he was best on the right by a wide margin. It's clear from the shot totals, though (and just from watching), that Melo preferred the right side. That seems odd until you look at the previous season's chart, wherein the shooting from the right side is both more abundant and slightly more efficient. I don't know how to explain that shift. Is it just a sample size thing? Does this illustrate the effect of last year's injuries? I'm not sure. 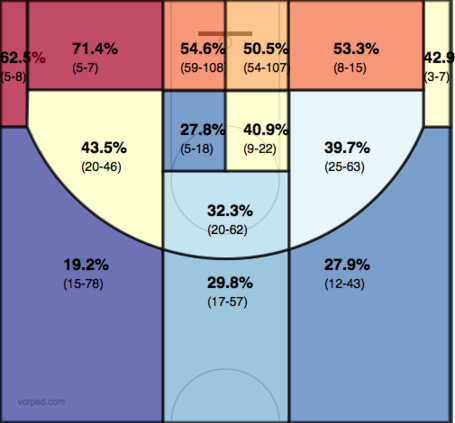 This is Raymond Felton's chart from last season. He did not shoot well last season. Perhaps he should have stuck to the baselines a bit more? The chart from 2010-2011 (split between the Knicks and Nuggets) is a bit ruddier and, even then, still shows that hot but under-attempted spot in the left corner. HmmmmmmMMMMMM. 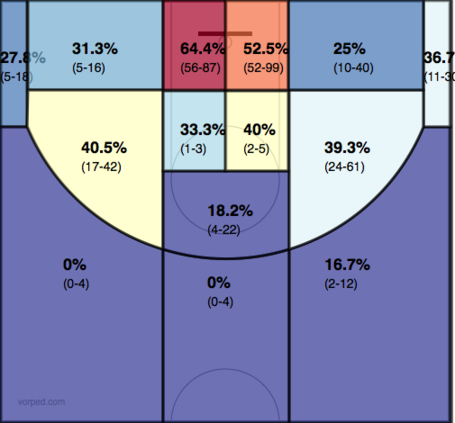 Ronnie Brewer's not an outside shooter, but if you need three points from him, send him to the right corner. Adding the 2010-2011 chart into this, it's evident that Ronnie's best spot away from the rim-- though it still isn't great-- is that left elbow. Ideally, Brewer's plot of attempts would look more like Tyson Chandler's, but a wing would be hard-pressed to attempt so few shots outside the paint.

On the flip side, here are two Knicks who treat the paint like hot lava: 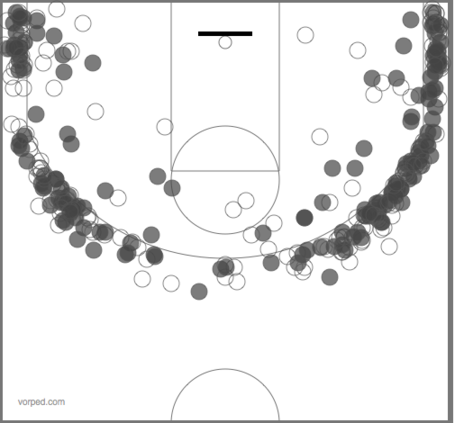 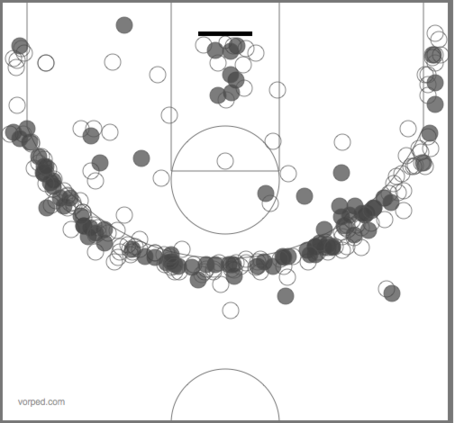 Steve Novak (up top) and Jason Kidd (below) only really want to shoot threes. Novak shot much better than Kidd did from both outside and a couple steps inside the arc. 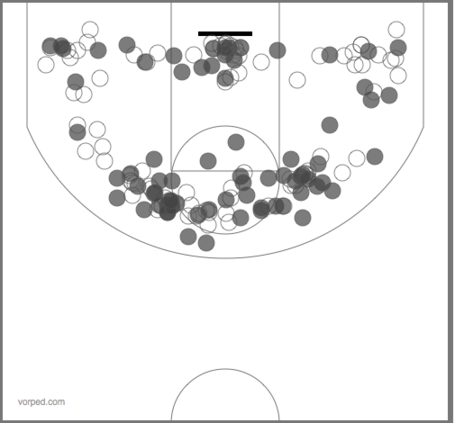 Kurt Thomas's hot lava zone is as distinct as they come. The man knows his favorite spots. Kurt's heat charts from the last two seasons suggest that his very favorite spots should be the center and right elbow of that mid-range arc (and way far away from the right block). Meanwhile, take a look at last season's chart for Thomas... 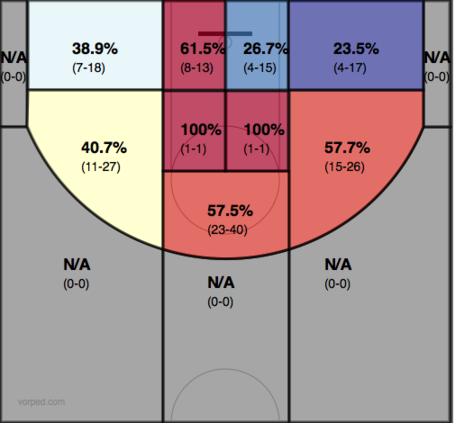 ...then look at Marcus Camby's. 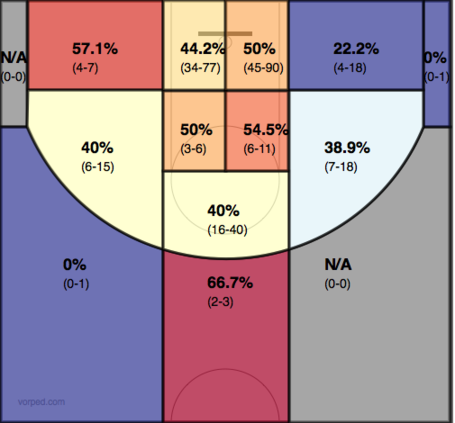 Seems like those two would complement each other pretty nicely, no?

So, that's what I've noticed in my travels around the land of VORPed. I strongly encourage you to do some explorin' of your own, then report back with any players or findings I missed or misread. We'll come back to this when some data from this season has accumulated.