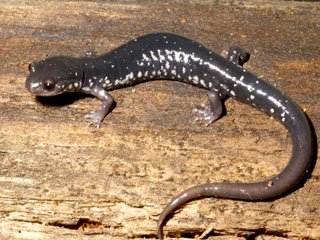 Good evening, whizzbangs! I hope you've all had peaceful days unobstructed by knife fights and predatory owls. If you'd like to finish your day with some Knicks-related internet items, take the jump and click some links.

- I know I've seen salamanders before (and I once accidentally drowned one), but I'm not sure what kind they were. Probably not Southern Appalachian salamanders, but close. Definitely something in the Plethodon genus.

- Let us never take for granted the majesty of Tyson Chandler.

- If for some reason this is the first time you're hearing about Jeremy Lin, this Linfographic could catch you up very quickly.

- Deadspin did a little guerilla experiment to determine whether Lin or Eli Manning is the higher-profile celebrity in New York right now. Make sure you check out the footnotes.

- Kevin Pelton helps put Lin's turnovers in context. (A lot of people have written about this, but this is the post I'm linking to because it's the one I currently have tabbed up. Apologies, other people.)

- And Zach Lowe gives his usual thorough, insightful analysis of the sets the Knicks are running and how they're working.

- Alan Hahn rightfully reminds us that things were starting to pick up ever so slightly even before Lin burst onto the scene.

- If you enter this contest, you could win a chance to go hang out at the Knicks training facility. If you just click the link, you can watch a video of John Starks making a fool of himself (John Wallace and Charles Smith too!).

- Check out our good friend netw3rk on HoopSpeak Live! He said some smart, smart stuff. Also, you can see what he looks like.

And them's the links! Hope you all have lovely evenings. Try not to eat gravel.