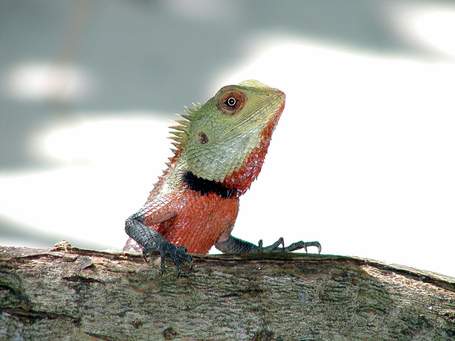 Good day, earplugs! Did everybody enjoy last night's All-Star stuff? I sort of had it on in the background and saw bits and pieces. Didn't see Jeremy Lin do too much. Apparently Landry Fields played well, but I just saw him dunk a little bit and do silly dribble moves in order to look cool. Anyway, I'm a lot more excited for tonight's events, and there'll be another thread up later for those. In the meantime, take the jump for just a few links.

- This Howard Beck piece on how far Lin has come in the last couple of the years is one of the best, most interesting Lin articles I've read. The degree to which the kid has improved since entering the league is really impressive, and it gives one plenty of hope that he'll improve on the present flaws in his game.

- An example of said meddling.

- Amar'e Stoudemire is headed to the Caribbean for the break. Hope he has a relaxing, rejuvenating time. He deserves it.

- J.R. Smith is having some sort of tiff with Joe Budden or something? There is way too much going on in this guy's Twitter.

That's all for now! I'll see y'all later for the contests. Enjoy your afternoons.