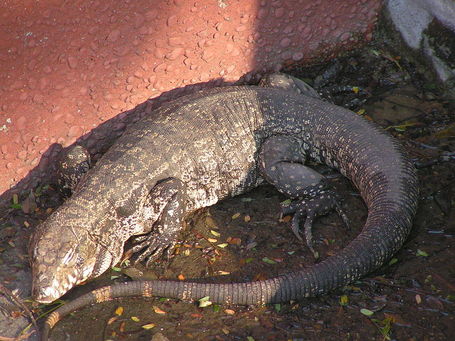 Good day, noodles. Hope y'all had pleasant Saturday night despite a pretty poor All-Star showing. Of course, the only part I missed was the Shooting Stars contest, which the Knicks apparently won. Excellent. Anyway, the game is tonight and there'll be a thread up if you're watching. In the meantime, here a couple of links.

- Yo, tegus are HUGE and SCARY.

- Errybody talkin' bout couches because of Jeremy Lin. And you can find out why Carmelo Anthony didn't offer up his own couch.

- Jeremy dismissin' the notion that he ought to be in the All-Star Game.

- J.R. Smith bowin' to Steve Novak and not havin' a clear idea of who's in the All-Star game.

And those are the things! All-Star thread'll be up later!