Since the day I moved to China five years ago, I’ve made it known to any Chinese NBA fan that my basketball loyalties lie with the New York Knicks. That fact has often been a conversation ender, since the average Chinese fan doesn’t know or care much about the Knicks.

That has all changed since the Jeremy Lin Game, part 1 (Hopefully the first of many). Both Weibo (the Chinese twitter) and Renren (the Chinese facebook) have caught Lin Fever, and Chinese friends have been sending me all kinds of Lin Highlight videos, including this seven-minute opus:

Why do I enjoy it so much? Well, aside from joy of watching Lin abuse Deron Williams, and the shock of witnessing an actual Knicks’ victory, the highlight for was hearing the melodious voice of Clyde Frazier: Knicks’ legend and the man who invented poetry and Cadillacs, respectively; a man so cool, that, were someone to make a movie about the 70’s Knicks, Clyde Himself would play the role of Billy Dee Williams playing the role of Clyde Frazier.

True to form, Clyde didn’t disappoint. His performance on the mic inspired one writer to compile a list of top ten lines of the Jeremy Lin game.

Unfortunately, this could be the last time I hear Clyde for a while. Living in China, I am ineligible for any NBA package that would include local Knicks’ broadcasts. The only time I can watch the Knicks is when Chinese Central Television feels generous enough to broadcast a Chinese-language feed – needless to say, Clyde won’t be calling those games.

So why aren’t local Knicks’ broadcasts permitted in China? Why won’t they set Clyde free? One might quibble over the supposed "language barrier," since Clyde doesn’t speak Chinese – but we all know that the man needs no translation. Besides, when he uses a word like "sagacity," how many American sports fans can possibly match his expansive vocabulary?

There is a very real reason Clyde is banned in China, and it primarily has to do with China’s infamous "One Child Only" policy. It is a well-documented biological fact that any woman sitting near the TV during a Knicks broadcast stands a 1-in-3 chance of being impregnated by Clyde’s voice. Now just try to imagine some poor Chinese shlub waking up one morning and turning on the Chinese sports channel. Suddenly – BOOM – his wife is now carrying Clyde’s baby. Now multiply that scenario by a factor of 100 million and you can understand the government’s need to ban Knicks broadcasts.

Just check out this chart comparing the populations of two countries: one country that has banned Clyde and that hasn’t: 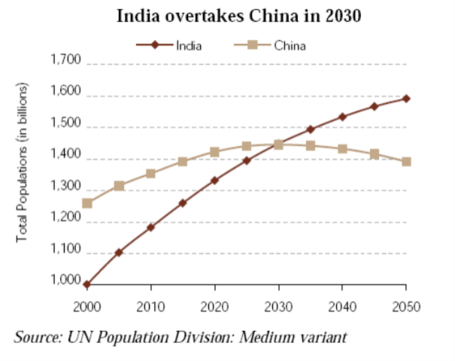 Does this mean Clyde’s voice is getting all these Indian women pregnant? Clearly, it does. For a developing country, the potency of Clyde’s voice can lead to a humanitarian disaster, so I understand the policy of the Chinese government. I just hope Jeremy Lin can continue swishing and dishing, so the Chinese Interwebs can send me more clips of Clyde’s play-by-play.