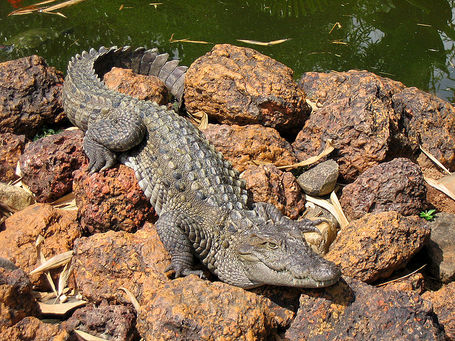 Good afternoon, partypugs. The insanity surrounding Jeremy Lin (if only there was a word to describe that!) has not died down, so I'm afraid the majority of the links below will in fact be Lin-ks. It's getting a little tiresome-- EVERYBODY has to give their "take" on Lin. Did you know he went to Harvard?-- but at least the Knicks are getting positive national attention, right? Anyway, take the jump for some things to click on.

- Your drop-everything-and-only-attend-to-this thing of the day is this "Minisode" from Kenneth Drews of the Disciples of Clyde podcast. It's about Lin and the tough time Amar'e Stoudemire is going through, and it's a lot about Ken himself. Way deeper than pretty much anything I've ever linked.

- I traded emails with Bethlehem Shoals about Lin last night, and he fleshed out his side of things at GQ today. My points to him were pretty much:

1. While there are a litany of reasons for Lin to be hyped and over-hyped, the one that gets Knicks fans is that, even if he regresses considerably, he fills THE major need this team had.

2. A regression against better teams and better scouting is imminent. Of course it is. But the guy has played like an MVP candidate this week. Regressing from THAT won't discourage me in the slightest.

- Daryl Morey openly admitted to missing the boat on Lin on his Twitter account today, which was pretty cool of him.

- O.G. Asian-American Knick Wat Misaka has been paying attention to (and communicating with) Lin as well. He's been doing it for a while, actually.

- According to his Twitter, Josh Harrellson is in Union Square, like, right now. Pleeeease somebody go find him and hang out with him and take pictures of him and massage his wrist and tell him I love him and miss him.

- I imagine this is good, relevant news for at least a few of you: some Knicks games are getting broadcast in China and Taiwan now!

- This isn't nearly as big a deal as people would like it to be (at least I don't think so), but Lin says he feels inspired by Tim Tebow (presumably not off the top of his head. Somebody asked him about that.. Makes sense to me, since they're both very faith-oriented and have developed a bit of a cult following. That's about where the comparison ends, though, and I don't think any sensible person is suggesting otherwise.

And that is all! No game tonight, but I'll probably post later following the announcement of the All-Star reserves. Have a wonderful rest of your day, get home safely, and try not to get scalped by anybody. That'd really ruin your day and nobody wants that for you. Except for the scalpers. Be wary of them.