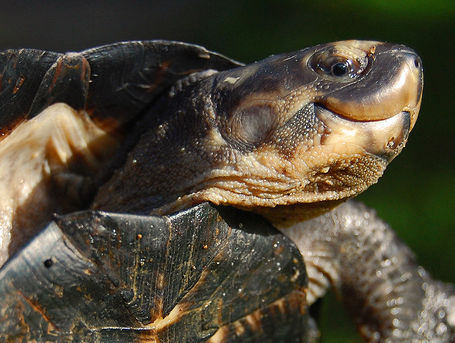 Good day, legal beagles! What I've got here is a bag full of links I just caught. I think I've subdued most of 'em, but be careful. There might be a couple still living in there, and they get a bit nippy when they're agitated.

Take the jump with caution.

- Jared Dubin, Jason Concepcion (@netw3rk) and I exchanged some emails about Jeremy Lin and what "Linsanity" has been like for Knicks fans.

- The Knicks' new bench is badass, but it probably won't last in this exact form beyond this year. Such an ephemeral congregation of characters reminds the Knicks FanBlog guys of...The Breakfast Club!

- In case you've somehow come this far without seeing this: Here.

- Lin and the Knicks got Steve Porter'd. Melo with that hook.

- Bill Simmons interviewed Barack Obama, a person you may have heard about, and Lin's name came up.

- Matt Lawyue points out that Steve Novak quite literally had the hot hand last night, and he kept it that way.

- The Knicks will be wearing those "Nueva York" jerseys twice this month (also, some footage of Carmelo Anthony in Puerto Rico over the summer, in case you missed that).

- Jeremy casually mentions offensive efficiency metrics in this interview session, which I guess isn't that exciting.

- Minutes be balancin' out.

- I will link pretty much any instance of Stephon Marbury's career in China being mentioned.

Those were the links. I hope you clicked on a few of them and enjoyed them and felt better about mankind and the planet and stuff.