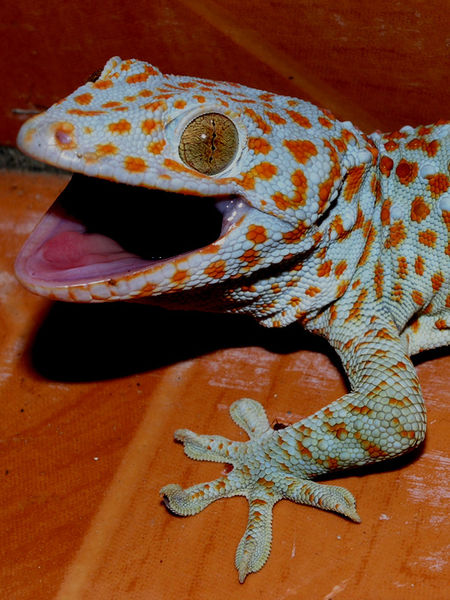 Good evening, marmaladles! Let us look at some links, shall we?

- Wanna hear what a Tokay gecko sounds like? Of course you do. And no, despite the appearance of that picture, they don't just go "heyyyy".

- Knicks Power Rank'ems. Not the least depressing ones I've ever done.

- I haven't explored this much just yet (all I did was type in "Mike Sweetney"), but Newsday created a pretty awesome-looking index of every Knick ever.

- An excellent video breakdown of how the Bulls managed so many offensive rebounds last night.

- Yesterday was the five-year anniversary of the last time James Dolan gave an interview.

- Howard Beck reiterates that he doesn't see Mike D'Antoni getting fired before the end of this season (when his contract will expire on its own).

- D'Antoni and Carmelo Anthony are, according to Marc Berman's source friends, not on good terms, not that anyone would expect otherwise. There's really not that much to that report other than "the Knicks are losing, people are grumpy with each other".

- Amar'e Stoudemire continues to eat food that I want.

- Still haven't heard many ideas for more P&T video content. I've got more planned (I'm hoping to put something up either tomorrow or Thursday), but really am interested to hear if y'all have any requests/suggestions. Hell, I'd make a video of all the suggestions.

And those are the links! I hope you're feeling relatively okay after last night's loss and haven't committed too much arson today. It'll be okay, y'all.