Share All sharing options for: Pre-Game Reconnaissance: Knicks vs. Pacers- 3/16/12

What's up with the Pacers?

From Tom Lewis of Indy Cornrows:

The Pacers have been a streaky team over the past five weeks, first losing five straight games, then winning six straight games around the All-Star break, then losing four consecutive games followed by winning their last two games. While I'm hoping the streaky trend continues against the Knicks, coach Frank Vogel scoffs at the notion that his team is streaky despite the evidence in the recent results.

Vogel feels the schedule is the reason for the streaks which is a fair point.The six consecutive wins were against sub-.500 teams while the four straight losses were to Chicago, Atlanta, Miami and Orlando. The Pacers finally put up an impressive win in their last game against Philadelphia.

The play of George Hill off the bench has been key for the Pacers. He missed time with an ankle injury and then a shoulder injury and was out for eight of the team's last ten losses. The Pacers added Leandro Barbosa in a trade yesterday to help add a scoring option off of the bench because they have struggled at times to find offense with the second unit, especially when Hill is out. With Hill in the rotation the Pacers bench is averaging 33 points per game while just 22 points in the 15 games he's missed.

The Pacers starting unit has been effective although inconsistent play from Darren Collison and Roy Hibbert has been frustrating. When those two are rolling the Pacers can be extremely tough to defend with David West looking more and more comfortable with his solid post game which helps free up Danny Granger and Paul George to make plays.

Depth is the key for the Pacers as they often use ten players and try to wear down opponents at both ends of the floor.

Lou Amundson- Lou is delighted to be with the Pacers because Indiana is-- little known fact-- the only state in which a man can legally marry a cocktail shrimp. He and Sandra will wed this June.

Leandro Barbosa- Leandro is afraid of planes and insists on curling into a ball and being launched from a slingshot to get from one city to another. Frank Vogel learned that the Pacers had made a trade when Leandro came crashing through the roof of his house.

George Hill- Because of George's unique tendencies, pulling a cowl over one's head, sneaking up on an opponent, and whispering "you're next" into his hear is now considered a personal foul.

Jeff Pendergraph- Jeff has had the same caraway seed stuck between two of his maxillary molars since 1999.

David West- David is disappointed to have joined a team with no rookies to haze, and thus nobody who will sponge his scalp for free.

Stranger: where are you from

You: originally i'm from missouri

You: i live in indiana now

You: that's a face i make a lot

Stranger: i m from turkey

You: i've met a few people from turkey

You: i've eaten some turkeys

You: and some turkey sandwiches

You: thanks, it was sort of a dark moment

You: we ended up losing that series

Stranger: how old are you tyler ??

Stranger: Actually, I do not know the exact english, maybe you improve :0

You: need some english lessons?

You: i'm a unc graduate, i know a lot of english

Stranger: We see English lessons, but my school is not very good :(

You: can you play basketball? they'll let you go to kentucky

You: and you don't even have to play

Stranger: no, I came a little before the pool

You: i used to sometimes do that during basketball games but i've managed to cut it out

Stranger: Soon I will be attending the races :0

Stranger: I am sure must come to appreciate the turkey

You: i don't know, i think turkey can be appreciated without climaxing

Stranger: Istanbul is very beautiful, I live in istanbul

You: but i respect your enthusiasm

You: they had the world basketball championship there a couple years ago

You: i wasn't invited even though i'm really good

You: yes, yes it was

Stranger: I'm sorry if I'm saying is wrong sentences, my english is not very good :(

You: i can't speak turkish at all, so you're way ahead of me

Stranger: not a problem :0

Stranger: Tyler was nice to meet you, but I'll go now: (

You: good luck in your swimming races

Stranger: Thank you very much, love you, bye :) 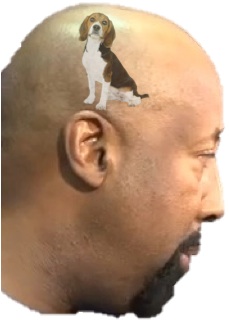 Q: How did Jeff visually represent the data?

A: Jeff penned a graph! Jeff...Jeff Pender-- you got it, right? Oh, okay. You're not laughing. That's why I asked.

And now you're ready for Knicks-Pacers!