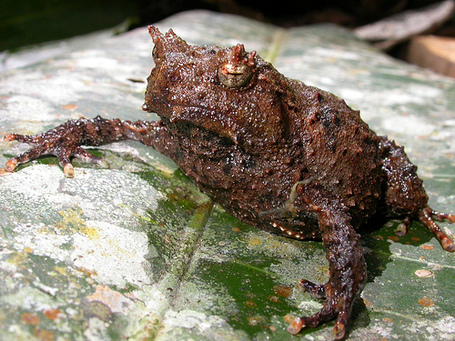 Good afternoon, towelettes. I know you're all meditating atop volcanoes in preparation for tonight's Knicks-Bucks game of TOWERING, LIFE-ALTERING IMPORTANCE, but perhaps you'd like to take a break to look at some links? I have just a few. Won't take you long. Jump for them. Be careful.

- If you haven't seen it, Leigh Ellis of TBJ's interview with Walt Frazier is wonderful. Everybody asks Clyde about his clothes and whatnot, but Leigh actually managed to get some new answers out of him (and got him to talk sartorial shit about Craig Sager!).

- Iman Shumpert was number six in Sebastian Pruiti's most recent Rookie Rankings, which take specific interest in Shump's offensive improvement, and particularly his success getting to the rim in isolation (remember that he wasn't finishing a lot of those plays at the beginning of the season). He had a couple really nice drives for and-ones last night where he got to the basket because he was just bigger, faster, and stronger than whoever was guarding him at the time.

- I can't read this because my name is not $eth, but apparently John Hollinger has Tyson Chandler as his Defensive Player of the Year right now. Pretty cool!

When he talks about Iman Shumpert, Coach Mike Woodson uses lots of adjectives, a few superlatives and a wide variety of monikers, none of which include the words "Iman" or "Shumpert."

"The closest he gets is Shemp," Shumpert said. "Shemp, Chump, Shep. I just let him ride out with Rook. Young Fella. Son."

- ...but make no mistake, Amar'e Stoudemire will be back at the position once he returns. I still think we (and Woodson) may have learned something about Melo's ability to defend fours. It could lead to some cross-matching, depending on the opponent.

That's it for meow! Enjoy your afternoons. Don't eat lava without chilling it first. 10-15 minutes.