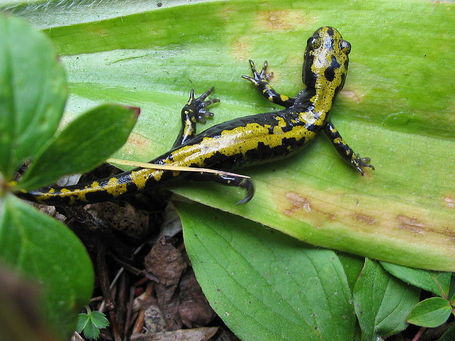 Good afternoon, jurors. The Knicks begin their regular season-ending back-to-back tonight against the Clippers. Before we get to that, how about a few links? You'll love them. Just jump. It's okay.

- These guys with their long toes live up in the Pacific Northwest. The Wikipedia article about them is extensive!

- Remember to email me if you're coming to the thing tomorrow night!

- Will Leitch spoke to Hawks expert/enthusiast Lang Whitaker a bit about Woodson. Will also thinks the Knicks have a better chance against the Heat than the Bulls. He may be right. I'd just like to say here that at some point overnight, on the threshold between sleep and waking, I genuinely considered traveling into the future to determine which of the two teams would end up being the better match-up. I was dismayed that I hadn't thought of that previously.

- The Bulls and Heat are officially seeds one and two now, by the way.

- Amar'e Stoudemire is still seething over last year's loss to the Celtics (by the way, I think a lot of folks forget that Amar'e and Chauncey Billups missed most of that series. I've even forgotten it at times). He's also making himself available for these last two games, provided the Knicks have something to play for.

- Jeremy Lin had all the beat writers atwitter today when he appeared on the practice court and took a few shots. Doesn't sound like it was much at all, and I'm still pretending in my head that he's not going to return ever this year.

- Jeremy's also just chillin' with cardinals these days, which is what Most Influential People get to do. The clergymen, not the birds. Unfortunately.

- New York's practices, incidentally, have been turned up a notch or six. These are playoff practices. I'M SO EXCITED.

- Kevin Pelton didn't pick Tyson Chandler as his Defensive Player of the Year and thus is a huge hater. HATER. Zach Lowe, meanwhile...

- I don't know where I saw this, but Dan Gadzuric has to get in a regular season game for the Knicks to be playoff eligible. So, yeah, watch the next two games. Something magical will happen.

Yes. Wash those links down with some beverages. Got to stay hydrated.