While you were sleeping, J.R. Smith held a bicycle rally.

Share All sharing options for: While you were sleeping, J.R. Smith held a bicycle rally.

I know I've said it before, but it bears repeating that Twitter has single-handedly made the NBA offseason much, much more tolerable. We used to just sit and wait for news while the Knicks were off doing whatever it is they do during the summer. Now, the players report on their own activities and we get a pretty regular window into their offseason activities. Five years ago today, I had no idea what the Knicks were up to. Now, I know that Amar'e Stoudemire is in France with a lovely woman and that Josh Harrellson is nursing an awful sunburn. It's silly, but I find it genuinely interesting, entertaining, and comforting to get occasional updates about how these guys spend their months of downtime.

...which brings us to J.R. Smith. Our friend Earl, as I've mentioned a few times-- and as is evident within minutes of following him-- loves to tweet. He does it pretty much constantly. Thus, we know a lot about the guy: where he's traveling, what he's wearing, and who he's with at any given moment. We know that he loves Adele and Jessie J. We know that his daughters are exceedingly cute. We know that he engages with everyone, including people who outwardly despise him and people who VERY openly adore him. And we know for certain that J.R. loves to stay up late.

Last night, J.R. was up after hours and got restless, so he did what any person would do and assembled an impromptu bike rally, suggesting that folks meet up with him to ride around Manhattan taking pictures. Naturally. Take the jump for a little recap.

How many people want to ride bikes with me at 2am instagraming pix?

Going to take piks all over manhattan see what kind of stuff goes on in #NY at night!

In case it wasn't clear, we're talking about bicycles (or whatever), not motorcycles.

Next came the issue of where to meet. Eventually, J.R. settled on a spot:

After a brief diversion (?), J.R. was ready to go. His vehicle of choice: one of those little folding bikes: 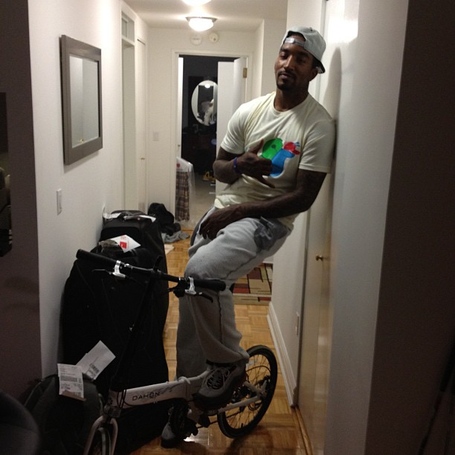 And then they were off: 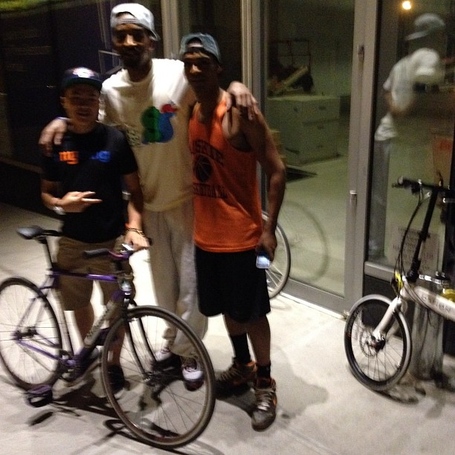 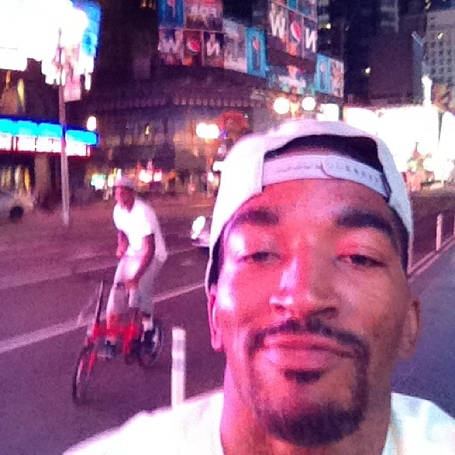 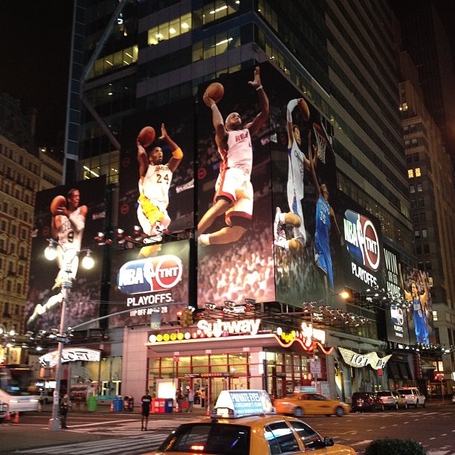 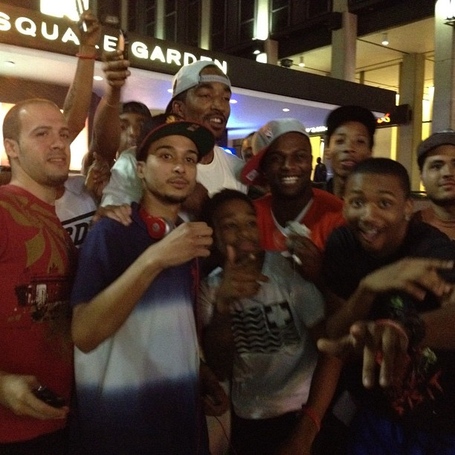 J.R.'s brother, Chris Smith, came along for the ride, too: 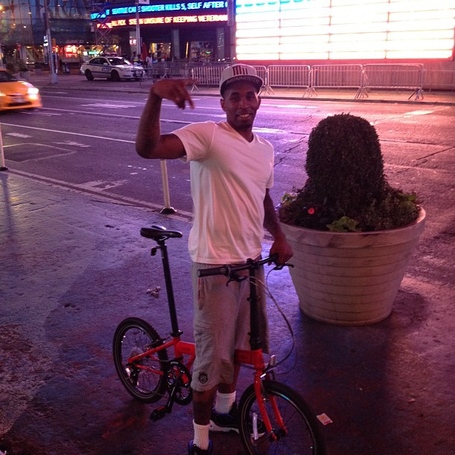 From the look of things, J.R.'s little peloton made it as far as the Garden at about 4 AM. If they did, indeed, start at 66th and Amsterdam, that's a ride of about two miles or so. Well done, all. There's more if you want to dig around (and I'm sure the folks riding with J.R. posted updates and photos as well), but that's pretty much the outline of the midnight bike rally.