Tonight is Phase Two of the MILPCAT

Share All sharing options for: Tonight is Phase Two of the MILPCAT

Hello friends! Good day to you all. After a couple days off, the Knicks will play the Heat AGAIN tonight. It's Game Five in Miami, it'll be at 7:00, and I think we'll have a game thread this time. Game Five, of course, marks Phase Two of the Most Improbable Legendary Playoff Comeback of All Time (MILPCAT). Take the jump for some MILPCAT-related notes and links and things.

- Hey, there's a viewing party tonight! I can't imagine wanting to watch the Knicks in anything other than a sunless cocoon of anguished solitude, but go for it!

- Mike Bibby is the starting point guard tonight. Toney Douglas will probably get some minutes off the bench. Before you despair about that, let me remind you that this is the MOST IMPROBABLE Legendary Playoff Comeback of All Time. Winning games with your second-string point guard as the starter isn't MILPCAT. You know what's MILPCAT? Winning games with your third-string point guard as the starter. It's not going to stop there, either. Bibby starts Game Five. Douglas starts Game Six after Bibby gets sneezed on in Game Five and retires in disgust. An olive starts Game Six after Douglas hits so many threes in Game Five that he evaporates. Marco Scutaro starts Game Seven after Joel Anthony eats the olive.

- By the way, Bibby is now calling Amar'e Stoudemire "Robocop" for reasons I don't totally understand.

- Another MILPCAT subplot we haven't considered. The Knicks still own the rights to Ahmad Nivins and Georgios Printezis. "Nivinsanity" awaits.

- Your updates on Jeremy Lin from Marc Berman:

Jeremy says conditioning was fine but didn't feel like he could jump or cut the way he wanted. Said 85 percent.

- I've gotten a lot of letters from P&T friends who want to help out with the MILPCAT, so here's some advice for you:

5. Men in Laos prefer caribou as teachers. (That's not really advice. Just a fact that might help you at some point in life.)

- I've seen a few attempts at visually rendering the MILPCAT. Joamiq's is my favorite by far: 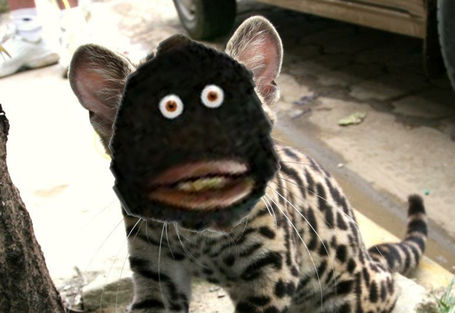