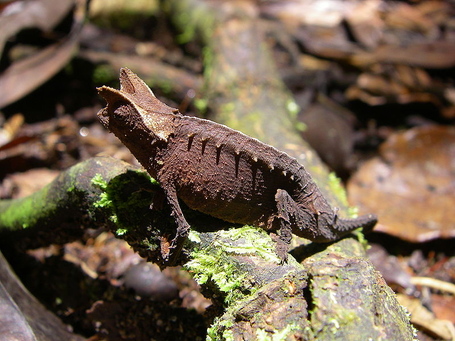 Good Friday, friends! Well, not Good Friday, as far as I know. Just a regular good friday. I have here a few links to share with y'all. Take the jump to see 'em. (Note: I began writing this before the arbitration news and finished it a couple hours after. I put the arbitration-related stuff toward the top.).

- The stuff Steve Nash said to Jason Gay about the prospect of playing in New York is a tad more tantalizing than anything we've heard before:

"I'm completely open to it," Nash said. "In some ways, it'd be great to play for the Knicks. I don't want to, you know, set off any alarm bells right now, but it'd be a great opportunity. It's a franchise I'd love to play for. It's a city I love, obviously, living here the last 10 summers…I would definitely consider it, if they had interest in me."

The arbitration news broke while I was posting the above blockquote. I'm sure Steve's just teasing us, but the news makes a Nash signing a tad more plausible. Whether or not you think that's a good idea is another story. I personally worry about his health under the care of someone other than the esteemed Phoenix doctors, but we'll cross that bridge when and if we come to it. We are all in a van together. On a road. Sometimes we cross bridges.

- Now that the Knicks will have some mid-level money, there will be a ton of small free agent possibilities to discuss. One is Raymond Felton, who will probably come cheaply since, from the sound of things, he ate everything in the city of Portland, then burned down the Rose Garden and urinated on its ashes. Blazer fans do noooooot like him.

- Worth keeping in mind, though: If the Knicks spend more than $3 million of their mid-level exception (the "mini" mid-level), that will cross some sort of "apron" thing and they'll get stuck with a hard cap. Larry Coon explains. Zach Lowe explains in more detail. I don't really understand this stuff.

- I've had and heard some questions about the time frame of all this: If the league wishes to appeal, how long will that take and can they get it done by July 1st? It sound like that'll actually cause some trouble. This could get weird.

Things that felt like news before the breaking arbitration stuff:

- Adam Zagoria reported a couple things regarding next week about which I'm still inquiring/waiting for more details. The first bit of news is that there will be another workout on Monday including lilliputian Florida guard/noted taco thief Erving Walker.

- The second bit of news is that the Knicks are hosting a "free agent mini camp" on Tuesday. They did something like that-- mostly D-League oriented-- a couple times last summer. I haven't heard anything yet about who might be invited to the mini camp.

- Zagoria also spoke to Kim English, who really sounds like a cool, thoughtful bro, after his workout with New York.

- There is some suggestion in this report about Jeremy Lin's new agency that he might skip the Select Team stuff. I hope he doesn't.

- Baron Davis made a short movie about him shooting people with Nerf guns. I would probably do the same thing in his situation.

That's all for now! More updates on the arbitration stuff and whatnot as they emerge.