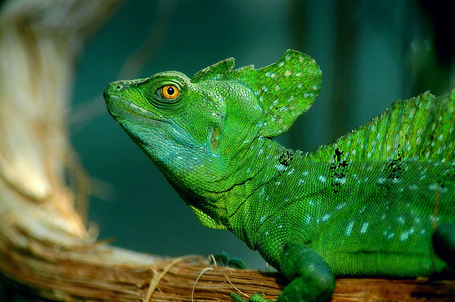 Good evening, ruminants. I have here a hammock full of puppies, all the ingredients for a bomb-ass paella, and some moderately interesting links related to the Knicks. Which would you like? The last one? Really? Okay, if you say so. I'll just throw the rest of the stuff in the trash since nobody wants it. Such a shame to waste all these puppies and scallops and whatnot. Oh well. Take the jump.

- Good news: In the future, Amar'e Stoudemire knee tendons are operated by microchips and J.R. Smith has electric tattoos.

- A thing from Alan Hahn's weekend Fix: Smith has to opt in or out of his remaining contract year by June 26th. I can't quite figure out why that's the date, but I trust the man Hahn. Plenty of other useful informations there, too.

- I didn't hear this radio thing, but Mike Woodson said this:

"Jeremy Lin is our starting point guard, without a doubt."

- Will Leitch's magazine piece on Carmelo Anthony and Mike Woodson's new deal has been up for a few days, but here it is if you missed it. There are sections of it that feel too grim for my tastes, but it's definitely worth a read.

- Meanwhile, Melo's just riding his bike around on the grass or whatever.

- This video of Iman Shumpert's top five plays of the year doesn't include his steal and coast-to-coast finish in Toronto, but it's still fun to watch.

And those are the links. There'll be a thread for tonight's game up later. <3