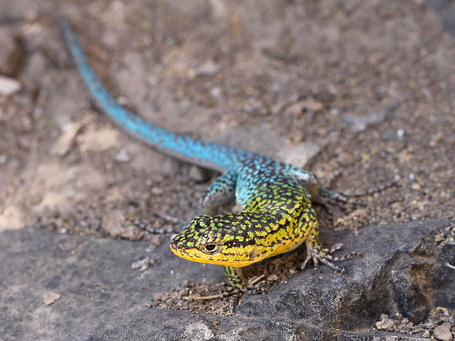 Good day, accessories. While we wait for the Knicks' 2012-2013 schedule to come out (planned for 7:00, but I wouldn't be surprised to see it leak out in full sooner), how about a few links? Computer links. You click on them. Give 'em a try.

- Jewel lizards, according to Wikipedia, are endemic to Chile. They're also apparently called "thin lizards".

- Remember when Amar'e Stoudemire had a book coming out? Well, it comes out next week and is available for pre-order (almost sold out, it appears!). Amar'e got a copy, of course, and his kids have already had it read to them BY THE AUTHOR HIMSELF. I'm seething with jealous rage.

- Also regarding Melo: Andrew Sharp's piece holding out hope that Melo will figure it all out someday.

- I've been trying to bone up on my Spanish for no reason at all, and I think that might have stemmed from my attempts to decipher Spanish articles about Pablo Prigioni. I've also been watching this interview a lot.

- I guess this is a different Chris Smith?

- Via P&T citizen SHW350, Iman Shumpert has a track (the first one) on this Adidas mixtape thing.

- Our old friend Nate Robinson was in attendance for all that gunfire at Rucker Park yesterday, but he's okay (and it sounds like nobody got gravely injured, thankfully).

That's all for now, babies. Have pleasant afternoons.