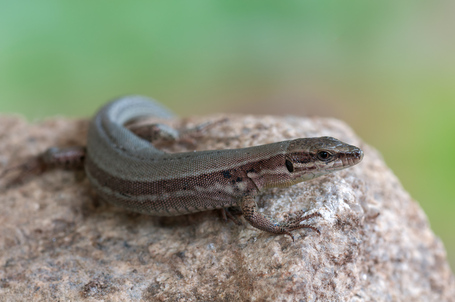 Happy Saturday, brethren. It is a sleepy Saturday (isn't it? Or is that just me/here?), but there are a few Knick items of note around the internet. It's been a bit since we did some reptilian links, so here ya go. Jump.

- Wall lizards are native to western Europe, but there is a large population in Ohio and Kentucky that was introduced to the area when a little boy returned from a vacation to Italy and let ten loose in his backyard! One day I will visit South America and do the same thing with two-toed sloths in upstate New York.

- Tyson Chandler, talkin' to Jonah Ballow about his Olympic preparations, drainin' jumpers like it's nothing.

One scenario is splitting the $3.09 million mid-level exception between Camby and veteran Spanish League point guard Pablo Prigioni, who would take about $700,000. Prigioni is 35 years old, and one person familiar with the Knicks’ thinking said, "Don’t erase him from the list yet.’’

Marcus Camby'll meet with the Knicks in Vegas, it seems. He'll probably just end up on the Heat, but having Camby to back up Chandler would be so wonderful.

- Berman also notes the possibility of signing Jason Kidd to the mini-MLE, with a sign-and-trade done for Camby. Basically, the Knicks have reached an agreement with Kidd and want Camby (and Prigioni, perhaps), and they've got a few different ways to pay all of the above.

- Chandler and Melo are as surprised as we were that Kidd ended up with New York.

- In closing: Dan Gadzuric and a squirrel monkey.

Mmhmm. Have a pleasant Saturday. <3

The Knicks, sources said, have had discussions with the Rockets about Camby and the Dallas Mavericks about a sign-and-trade for free agent Jason Kidd, who agreed to join the Knicks earlier this week. The Knicks are hoping to make a sign-and-trade deal for one of them and use their $3.09 mid-level exception to sign the other.

Berman says the Knicks will meet with Camby in Houston tomorrow.