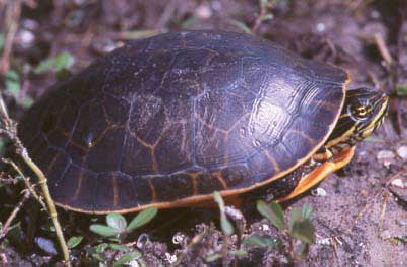 Good evening, presidents. It's dangerous to start your weekend without first perusing some utterly trivial Knicks links. Let's get y'all good and prepared.

- Sticking with yesterday's theme, chicken turtles are called such because they apparently taste like chicken. People used to eat 'em all the time.

- People who had Knicks season tickets before mostly still have them. Good job!

- I seent y'all linking this already, but it sounds like Baron Davis will remain with the Knicks organization this season. He won't have any official role or anything, but he'll just hang out, help when needed, and entertain us. Basically, a continuation of what he's been doing all summer. We've even got the makings of some on-air stuff for MSG.

- Pablo Prigioni, just chillin' with some antique vehicles in his Knicks shirt.

- Look at these golfin' bros, then read viva_morrison's account of that J.R. Smith event.

- Carmelo Anthony had some enthusiastic things to say about Raymond Felton. Also, he says he's healthy. Also, that photo.

- Gotta do some scrolling, but I highly recommend checking out Iman Shumpert's back-and-forth with Tony Allen (@aa000G9).

That's pretty much it for now! Enjoy your weekends, friends.