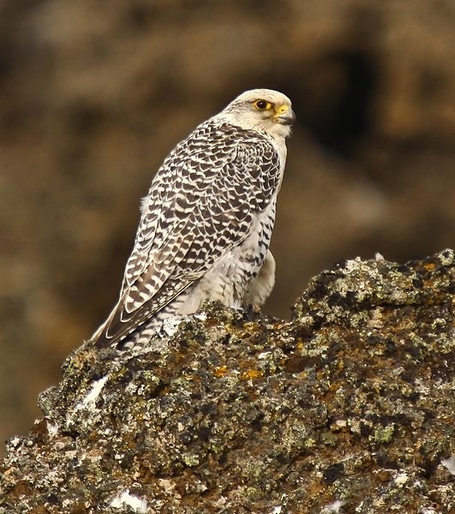 Good Saturday, friends. Before I head out for the day, I've got a few links to share. Be forewarned that some may contain traces of peanuts.

- In falconry, gyrfalcons are just called "gyrkins", at least according to Wikipedia. I want to adopt one and name him Pickles.

- Tomahawk Stomp already linked this, but here's Iman Shumpert smashing an iPhone to pieces for some reason. This strikes me as an abuse of Shump's innate charm, but maybe i just don't get it.

- Here's a pretty interesting graph (from a Heat forum, so be careful in there) displaying offensive output versus use of isolation offensive sets.

- Alan Hahn's book of Knicks history is ready for pre-order!

- Ian Begley reiterates the notion that LaSalle Thompson is the leading candidate for the vacant assistant coaching spot on Mike Woodson's staff. If that's the case, then why he hasn't been hired yet is beyond me.

- Mark Porcaro, who is a veritable font of basketball information, has a list of some folks headed to the BayHawks (and everywhere else) this season.

- James White got some teeth pulled yesterday and didn't sound too thrilled about it afterward. Don't SYH too vigorously if you've got holes in it, James.

- I wholeheartedly approve of this Ronnie Brewer photograph. I like it a lot better than that other one with Papa John.

- A couple days old, but Hakeem Olajuwon is in New York and demonstrating his talents on more than one court. Related: I would pay to watch a Knicks ping-pong tournament.

That's all for now! I'm going to an ENGAGEMENT party. Because my best friend is ENGAGED to be MARRIED. This is fucking crazy.