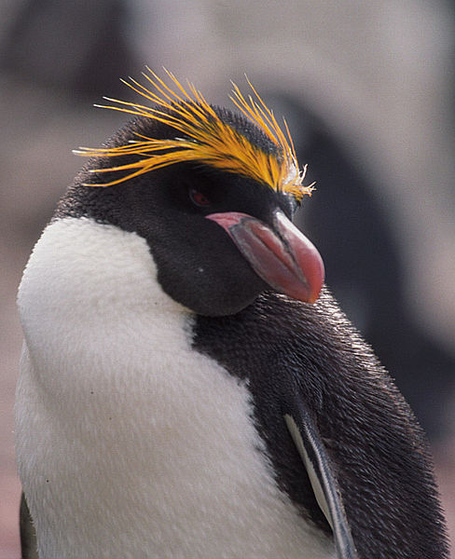 Good evening, friends! As we inch closer and closer to training camp (and even closer to pre-training camp), it finally feels like news and the general presence of Knicks things on the internet are starting to pick up. After the jump, some bird-themed links.

- Macaroni penguins are 1. Hilarious. 2. Called such for the same reason the word "macaroni" appears in the "Yankee Doodle Dandy" Lyrics.

- Another great chart from Ziller. Steve Novak is KING. I want him nestled in the top right corner next season.

- The Whites and the Smiths (lovely autumn motif!) were at Giants-Cowboys last night.

- Tickets for that preseason game against the Nets at Nassau Coliseum are on sale now.

- Madison Square Garden's getting its blue seats back.

- Keith Schlosser (who just became the new editor of Ridiculous Upside!) says that Tony Taylor fellow is coming in for another workout. Could be a BayHawk in the near future.

- Tommy Dee hears that Scott O'Neil may be pursuing a job in the league office. I still say he's leaving the Knicks to focus on his sea sponge collection.

- Frank Isola hears that former Yankees executive Jim Ross (not the wrestling guy, evidently) is a candidate to replace O'Neil and one day get fed up with James Dolan and leave to cultivate his sea sponge collection.

- I'll be on the radio for my usual spot with the WCWP bros at 6:30 tonight. They have me ask them a question every week. This week, I'm gonna rope them into my ongoing cracker vs. chip debate. It's gonna be a fucking bloodbath.

'sall for now, babies! Enjoy your Thursday nights. Somebody remind me to watch Louie, please. I always forget it's on.