This preview is officially a Honey Nut Cheerios-free zone

These are dark times in the Kingdom. It is quite possible that the Knicks could lose three games in a row against the Celtics, Pacers and Bulls. Opposing defenses are clamping down, Melo is out, and Friday Night Knicks will be prominently involved. Let's get to the previews, before I start hyperventilating.

This translation has presented me with a bit of a dilemma. On one hand, I like the name "walkers" because it reminds me of my childhood hero, Cordell Walker - Texas Ranger extraordinaire and the only man in the world tough enough to tell young Haley Joel Osment he had AIDS. On the other hand, "steppers" remind me of the classic Ini Kamoze song "Here Comes the Hotstepper", which I'm listening to even as I type this. Ooh...I forgot he yells "ch-ch-chang-chang!" in this song. What's the deal, Mr. Kamoze? Lucky the wife didn't hear that...she would be pissed.

And here come the Pacers. I hate the Pacers as much as the next Knicks fan, but I find it hard to muster the kind of blind loathing I bring to each Celtics match-up. Unlike the Celtics rivalry, the Knicks-Pacers rivalry exists mostly in the past;, if you moved this team to Juneau and called them the FrostDonkeys (respect, Seth) who on this roster would really inspire your hatred? Danny Granger - not playing at the moment. Tyler Hansbrough - okay, I'll give you Tyler Hansbrough. Anyone else?

Okay, now that I've got that off my chest...fuck the Pacers, beat their asses. Ain't that right, Larry? 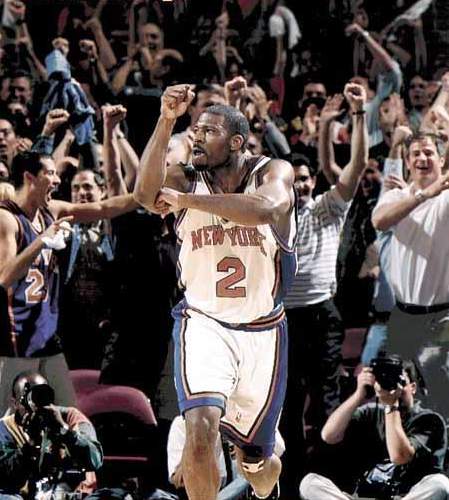 The dichotomy between the Pacers' performance on offense and defense is simply astonishing: first in the NBA in defensive efficiency, 29th in offensive efficiency. It's hard to believe a team with that kind of talent could be that bad - I'm sure they miss Granger, but this team is still pretty stacked. They show all the symptoms of a young, careless offense: 26th in assists, 28th in eFG%, 28th in TOV%. But hot damn get these boys get after you on defense.

It has become clear to many fans that the Knicks struggle to score against tough, physical defenses. While that is probably true, it wouldn't be accurate to say that the Knicks aren't beating good defensive teams. Let's take a minute and check the Knicks' win-loss records against teams rank Good (1-10), Average (11-20) and Poor (21+) in defense and offense, pre 82games.com:

It's hard to say that they particularly struggle against top defenses (or top offenses, for that matter). In fact, it warms my heart to see a Knicks team that wins with this kind of consistency.

They have, however, shown one distinct tendency - the better the opponent's rebounding numbers, the worse the results for the Knickerbockers:

Definitely seeing a pattern here. The Pacers are a top-ten rebounding team, so the Knicks better come to play.

Here's hoping the Knicks handle the Pacers' defensive pressure better than they did Boston's. The Pacer defenders have the kind of athleticism most of the Celtics can only dream about at this point in their careers, but they lack that certain caginess (or "dickishness", if you prefer) that the Celtics used to take the Knicks out of their game. Sans Melo, the Knicks will have to show some smarts and some mental toughness to combat Indiana's clear advantage in athleticism. Smart, mentally-tough basketball from the Knicks - I could swear I've seen it before.

Oh Friday Night Knicks, you are one sadistic bastard. This will be the eighth FNK game of the season - after teasing us with a 2-0 start, the Knicks have been overwhelmed by the beast, losing four of their past five (and that one win was against the Wizards, so basically it doesn't count). The Knicks play but once on Friday this month, so of course they're playing the Bulls, and of course it's on the second night of a back-to-back. Y'all better start praying to whatever deity and/or Avenger you think can help the Knicks out of this jam. Are you listening, Thor?

Is there anything the Knicks can do, short of wielding the power of Mjölnir, to beat the Bulls? For starters, it might help to get Joakim Noah out of the game. Up until his ejection late in their last meeting, the Knicks won exactly one quarter against the Bulls this year - the second quarter of the first game, by a single point. Following his ejection, the Knicks' offense could not be stopped. I'm not suggesting that the team can't defend without Noah, but he is as important to that team's defense as any big in the league, and, in my opinion, he's been the defensive player of the year so far. This might sound like heresy, but I'm pretty sure I'd rather play the Bulls with Rose and without Noah than I would the other way around.

Whether you hate the man or simply dislike him, you have to respect Noah's ability on the defensive end. Personally, I tend toward mere dislike. He's the kind of player you hate to face, but would love to have on your own team. Also, it's tough to hate a man who has such a colorful history of feuding with the Celtics - any guy who goes on the radio to trash Kevin Garnett and calls Rajon Rondo a pussy between free throws can't be all bad. Still, this guy has an ability to get under an opponent's skin that only KG himself could appreciate. It seems rather fitting that Melo's first game back after the bus incident suspension will come against the Bulls, considering the last time these two teams got together, Melo got T'ed right out of the building. If Melo is serious about taking the Knicks deep into the playoffs, he's going to have to show opponents that he can't be rattled so easily - what better way to do that than by completing four quarters against the Bulls without getting tossed?

The Bulls have shown the ability to drag the Knicks into the rough, grind-it-out kind of game in which Chicago excels. There's absolutely no reason why the Knicks can't win this kind of game: they're a veteran team that knows how to score consistently in the half-court. It might help, however, if they decided to play to kind of tough defense that they sometimes play...on occasion. If they let the Bulls score as easily as they did in their last meeting, then our only hope is that some intrepid Knicks fan can sneak Mjölnir through MSG security and toss a lightning bolt in Noah's general direction.

Damn right, we're a full-service Chinese naming website up in here. By the way: has anyone ever broached the idea of a three-team name swap between New Orleans, Utah and Charlotte. It would totally work out for everyone involved...so long as there are bobcats in Utah. Are bobcats native to Utah? If not, can we just ship of bunch of them to Utah? Get it done, Obama! (Ed. Note: Hi Joe! There are Bobcats in Utah. Post is great so far! I'll email you soon! - Seth)

Take it from a guy who has taken a trans-oceanic flight or two: it's important to step on that plane in the right frame of mind. If you're in a bad mood at takeoff, you will be in a much worse mood by the time you land. With that in mind, the Knicks would do well to beat the Hornets before they leave for London: it'll lighten their collective mood, and it sure as hell will lighten the collective mood around here.

All they have to do is beat the Hornets - shouldn't be too hard, right? Unfortunately, we've now come to that dreaded time of year when every team the Knicks play seems to be riding a hot streak. The Hornets have won their past three games in a row, including impressive wins over the Spurs and the Knicks' personal kryptonite, the Rockets.

The Knicks beat the Hornets in back in November, in a game that remained close going into the third, when the Knicks took control. Sadly, this isn't the same Hornets team - Eric Gordon and first overall pick Anthony Davis will play this time. This will be the first trip to the Garden for Davis, who will probably have to wait 20 more years until he's signed by the Knicks as a slump-shouldered 40-year-old with a rapidly graying uni-brow. Maybe he can team up with Clyde for a fresh round of "Just For Men" commercials.

The Knicks will also have to deal with Robin Lopez. Some might consider him a lesser Lopez, but I will never call any dude with such a striking resemblance to Sideshow Bob a lesser anything. Lopez is quietly having a good year, but here are a few things he could do to raise his national profile:

Hmm...not much else to talk about with this Hornets team. Wait, it appears that they have a guy on their roster named "Dominic Mcguire." I wonder if he's related to legendary KnickBROS Al and Dick Mcguire. Let's check the photos: 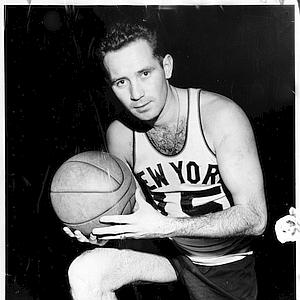 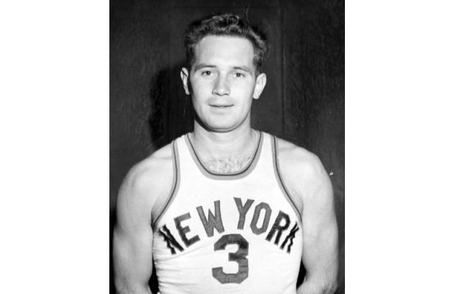 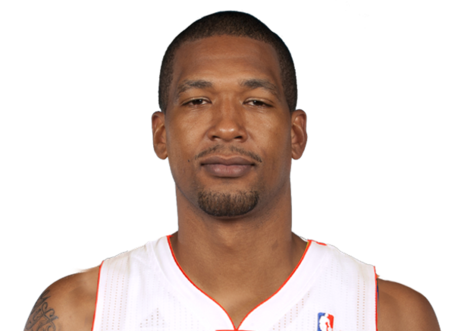 I'm gonna go with a "maybe" on this one.

Bonus: Did you know that Dick Mcguire's nicknames during his playing days were "Tricky Dick" and "Dick the Knick". Both of those names are almost incomprehensibly bad-ass. Nowadays we'd probably just call him D-Mac. When did we, as a society, lose the ability to come up with decent nicknames for our athletes.