You're not gonna win 'em both, so at least try to win one.

Just playin'. I'm going to risk the wrath of some and actually defend the Knicks for a minute. People are having a lot of fun crapping on the Knicks' roster construction lately. While there is a lot to crap on, I think we all need to dial it back a back. Consider: 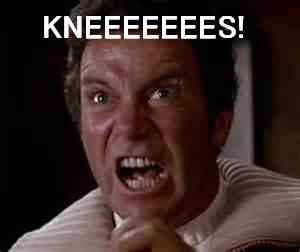 Donnie, baby, it's me! Joe, from Posting and Toasting! Don't act like you don't know me. I know you, and you know that I know that you are looking out for only one thing, my man...and it ain't championships. We're talking about money! And Joe is here to help you, playboy.

Let's take a look at your books. You got this Chris Paul fellow here - good basketball player, I'm not gonna bullshit you. But he's making almost 18 mil this year. Think about it, Donnie - is any player really worth that kind of money? In this economy? Of course not!

Now, I got this player over here, by the name of Raymond Felton. He plays the same position, but he only makes 3.5 mil. Talk about savings, am I right? Think of what you could do with all that sratch: you could buy more apartments in Koreatown, and not sell them to blacks or Latinos. But I'm not here to judge, Donnie, I'm here to deal.

And this guy Felton, he's got IT! You should have seen him the other night in Portland - the place was packed, and everyone was there to see Ray. You need somebody with that kind of panache. There's nothing Hollywood loves more than a short, pudgy guy - think Gary Coleman, Webster, Patton Oswalt. Ray could be bigger than all of them put together!

What's that? You're still not convinced? Seriously, Donnie, you're breakin' my balls here! Okay, I get it - you need to put butts in the seats. You need some glitz and glamor to keep the big stars like Malcolm in the Middle and Dwayne Wayne from "A Different World" sitting court-side at Clippers games. Well there ain't nothin' glitzier or more glamorous than a championship belt. That's right, I'm willing to throw in Steve "The Money Badger" Novak. Money is his middle name, baby! Think of the star power Steve will add to your team - the Lakers had "Showtime", the Clippers can have "Nov-time"! Huge stars like Jennifer Lawrence and the Snapple Lady will start showing up hours before the tip, just to see Novak draining threes in practice. In fact, I'm starting to think this deal might be a little too good on your end. How about throwing in Blake Griffin? The guy gets expensive next year...just sayin'.

Atta boy, Donnie! You drive a hard bargain, but I think we can do business here. Hows about sending Chris and Blake over before Sunday's game, that would be great. And don't worry, I'll cover the cab fare.

Do you think the Knicks are familiar with the concept of triage? It's a medical term...so I doubt it. What the Knicks have in these next two games is two patients on the verge of death. Both have been mutilated, shot, stabbed and napalmed. But one of these patients (Clippers game) also has a bad case of lupus and some of that dreaded super bacteria. The question now becomes: who do you try to save?

My point is this: let the Clippers game go, Mike Woodson. The Knicks are not going to win...and everyone knows it. So don't bother. If Tyson Chandler says he's healthy, don't play him. If Carmelo Anthony says he's healthy, definitely don't play him (I probably wouldn't play him in Utah, either). Maybe don't play Kenyon Martin, depending on the condition of his shin. Limit the older players, even if you have to throw James White and Chris Copeland to the wolves. Try to have fun with it - play Steve Novak at the 5, if that floats your boat. Play yourself...hell, play the entire coaching staff. We've all been dying to see assistant coach Jim Todd ball.

The Knicks should save their players for one final, all-out attempt to grab a win in the finale of this Roadtrip from Hell.

Not that it's going to be easy - the Jazz, as they always do, have a massive home-road split:

The Knicks learned in Denver not to take these kind of home-road splits lightly. Also, forward Paul Millsap will be back for this game. Also, the Knicks are simply god-awful right now.

So can they win? Is it even possible? [shrugs] I guess. Many of the healthy remaining Knicks had success against Utah last week, including J.R. Smith (24 points), Raymond Felton (15 points) and Steve Novak (20 points...and dat floater!).

And let's not forget the performance of Iman Shumpert, who scored 10 points on 8-of-10 from the free throw line. Shump has shown the teensiest, tiniest signs of escaping from offensive abyss. I even saw some positives in his game in Portland, despite the 3-for-9 shooting line. He did his best to drive to the rim - five of his shots came from in the paint - and I felt a call or two could have gone his way. I hope he doesn't get discouraged and keeps attacking. His finishing isn't there yet, but I believe that will come in time. Please, God, let it come in time!

AND NO MORE INJURIES!!!!