Class is in session!

Now that the regular season is over, it's time to find out what you have learned. That's right...why else would Seth and I write these articles? For fun? Well I don't hear anyone laughing! We here at Posting and Toasting work to educate and...umm, what rhymes with "educate"....procreate! Yes, that'll do.

This exam will be scored on the Honor System. The answers will appear in the comments section, under the Black Bar of Mystery. Make sure to score yourself fairly, and input your score into the poll section below. Good Luck!

2. Raymond Felton's family members refer to him as what animal?

4. What was Marcus Camby's greatest contribution to the Knicks this season?

a. The Trollface photo.

b. Raising the team's average age.

5. Why was Purpletie Broman so upset? 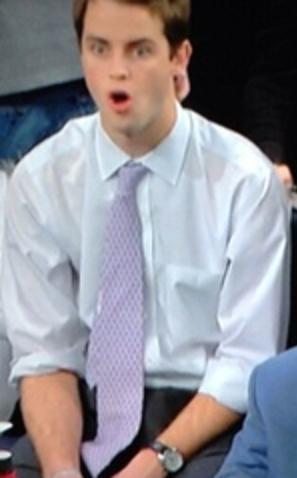 a. Shares of Ernie's Extra-Long Tie Emporium dropped 10 points on the NASDAQ.

b. "Why did they stop making new episodes of Entourage, bro?"

6. According to the P&T code, what is the proper way to respond to any mention of Kevin Garnett?

a. Post the .gif of Iman Shumpert dunking in his grill.

b. Call him a bitch.

c. Remind everyone that he once choked Bill Walker.

d. All of the above.

8. If it weren't for J.R. Smith, Steve Novak would be driving what kind of car?

9. Which of the following Knicks had their own P&T holiday this season?

a. A Pablo Prigioni three.

b. A Pablo Prigioni steal.

11. Why did Rasheed Wallace get ejected from the Dec. 2 game against Phoenix?

a. He threw his headband at a ref.

b. He head-butted a ref.

12. Who was responsible for every single Knicks loss on a Friday night?

a. the Knicks players

15. In February, which opposing team did Joe briefly switch allegiance to during a four-game Knicks losing streak?

d. Joe would never do such a thing!

16. Why does Emmy Rossum deserve to win the EGOT? (Emmy, Grammy, Oscar, Tony)

a. She's a talented actress

b. She's a talented singer.

d. She has an unhealthy obsession with John Starks.