The white bear in Chongqing: A message to Josh Harrellson

Jorts is moving to a city I know all too well.

Share All sharing options for: The white bear in Chongqing: A message to Josh Harrellson

In September of 2008, just as the Knicks were preparing to kick off their first season under Mike D'Antoni, I moved from the dusty, wind-swept plains of Inner Mongolia to the small city of Mianyang, in Sichuan Province.

It was a clean, quiet city, the kind of place where even a poorly-paid foreign teacher could afford a nice apartment overlooking the Anchang River. 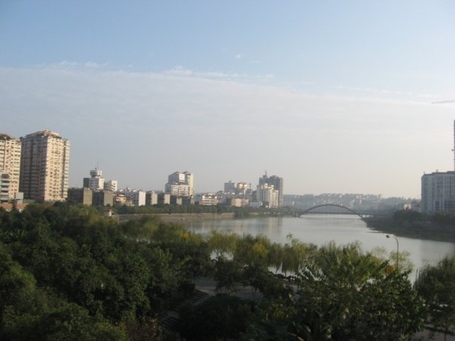 Still, every once in a while you need to get out of town. There are a number of fascinating places to visit in Sichuan -- Chengdu, Emei Mountain, the Giant Buddha at Leshan -- but it was the city of Chongqing, a mere four-hour bus ride from Mianyang, that caught my eye.

I asked my friend, a British man who had lived in the area for over the decade, if Chongqing was worth a visit.

"Fuck no," he said. "Nobody goes there. It's horrible. Worst city in China. Go to Chengdu instead."

Because I fancy myself a bit of an iconoclast (but am really just a stubborn moron), I ignored my friend and bought a ticket for Chongqing. It was the first of several trips I made to that astounding, decaying megalopolis, mostly on business.

I only wish I could have followed my friend's advice. I've traveled all over China, and it is impossible for me to pick a favorite destination. Even the most gray, commie-fied municipality has a certain charm if you know where to look. But I never hesitate to name my least favorite Chinese city.

That is why I was so disturbed yesterday when I caught this on Twitter:

No, Jorts, nooooooooooooo! (Also, the whole "u after q" rule doesn't apply in Chinese).

Josh Harrellson is a legend 'round these parts. Grandmaster Seth even dedicated an entire section to him in the defining basketball tome of the era, We'll Always Have Linsanity. Many of us hoped he would someday rejoin the Knicks, or at least stick around the NBA to grace us with his presence a few times per season.

Alas, the "white bear" is going back to Chongqing, where he played a few months in 2013 after being released by the Miami Heat.

I hate to break it to you, Jorts, but "white bear" isn't a very unique nickname in China. Pretty much any large, hairy white man is given that nickname, including yours truly.

I searched the words for "white bear" (大白熊) and basketball（篮球) on Baidu and got quite a few hits: 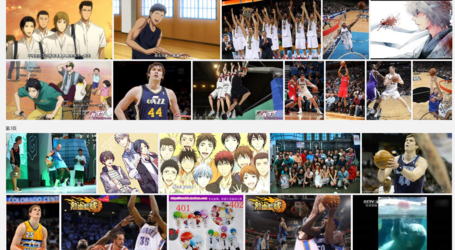 Jorts is indeed pictured (on the right), along with the likes Timofey Mozgov, Kyrylo Fesenko, the entire Spanish men's national team, and the man who should have a iron-clad lock on the nickname "white bear": Nikola Pekovic. They also included a photo of Vince Carter (wut?) and Joakim Noah battling Kevin Durant (wut?). Perhaps most confusing is the photo of Nick Collison and Zach Randolph. Who is the white bear in that photo? Collison obviously wins the "white" battle, but Z-Bo dominates in the "bear" department. Dude is the closest thing the league has to a real, live grizzly.

I know you spent a few months in Chongqing, Jorts my man, but I'm not sure you fully appreciate what you're getting into here. First of all, you better say goodbye to the sun. That part of China is so consistently cloudy that the province to the south, Yunnan, literally translates to "south of the clouds." The weather has all the bleakness of Seattle without the temperate climate. Summers in Chongqing are so bad that it is traditionally known, along with Nanjing and Wuhan, as the "three furnaces of China" -- so yeah, it's a cloudy furnace. The temperature drops to around freezing in winter, but most buildings in that part of China don't have central heating, so it is literally colder inside than outside. 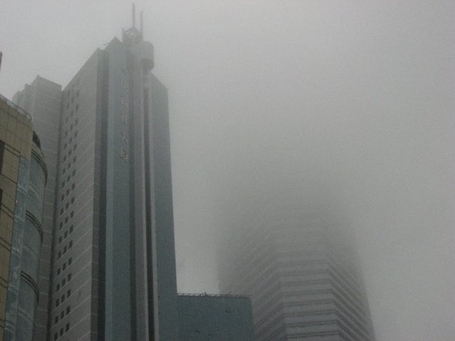 Chongqing is set up like a city from a dystopian sci-fi movie. It was built on a series of mountains and hills so steep that many streets feature sidewalk elevators where you can pay two yuan to ride from one end of the road to the other, sparing you a back-breaking climb up the sidewalk. On top of the mountains lie the rich areas, littered with modern shopping malls and swanky Pizza Huts. As you descend toward the river, you find yourself peeling back even more dank and depressing layers of the city, until you're walking among gaggles of prostitutes miming the international hand signals for sexytime. 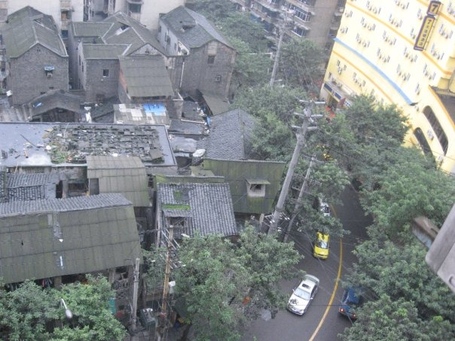 Will Jorts be happy in such a place? It's quite possible. CBA owners do their best to spoil their foreign players. I'm sure they'll put him up in a marvelous pad, high up on a mountain, with plenty of central heating and no skeavy hookers (unless that's his thing).

Hell, even my own Chongqing sojourn had a happy ending. I was forced to stay there yet again while my work visa was being processed, and the thought of spending time alone in that shithole terrified me beyond belief. So I put in a call to a former flame who had just returned from a year working overseas, and invited her to fly to Chongqing and spend the week with me. Two years after that fateful Chongqing trip, I asked her to marry me. 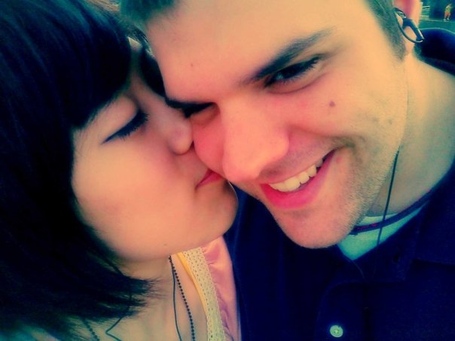 Now, after 15 months spent negotiating the bullshit American visa process, she is finally with me here in America.

I wish you all the best in Chongqing, Jorts. I hope you too find what you're looking for.