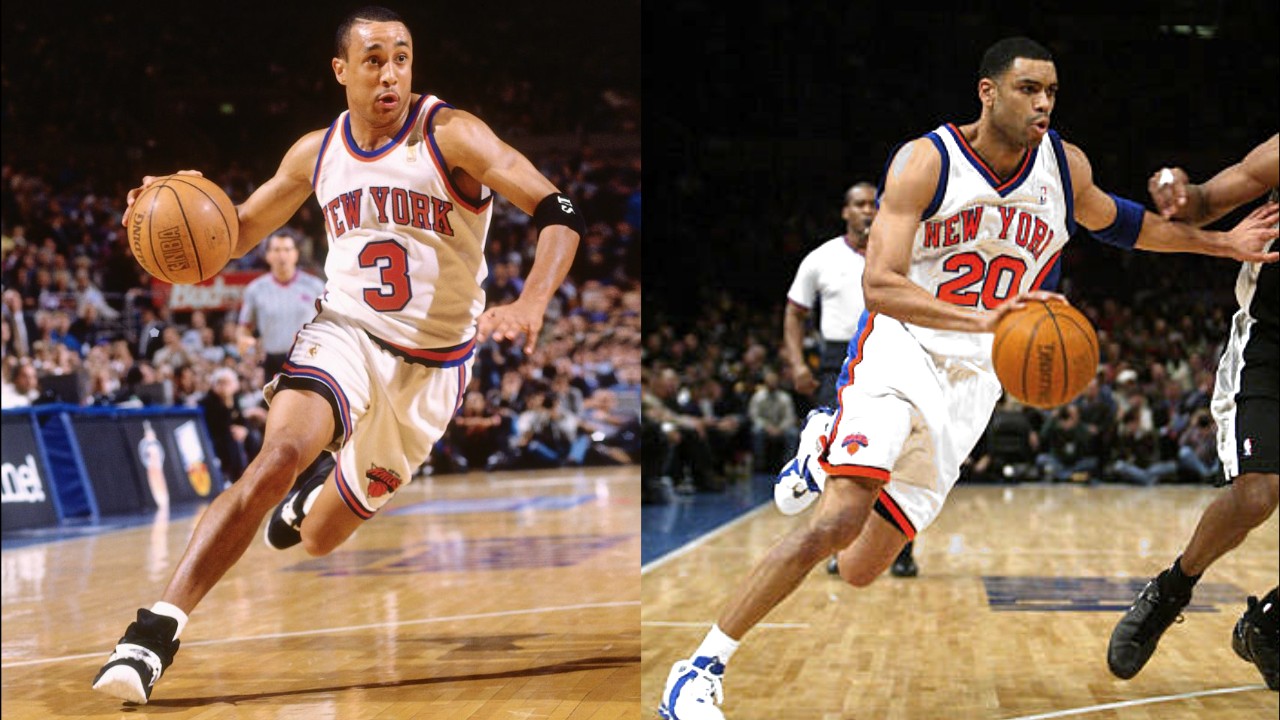 Do you remember these Knicks shooting guards? Which one did you have fonder memories of?

At 6’3," Starks was a little bit smaller than the 6’6" Houston and was more known for his quickness and drives to the hoop. In contrast, Houston was a better shooter. Both were expected to add scoring and had memorable moments in the playoffs.

Starks actually went undrafted and played in minor basketball leagues for awhile. He later signed with the Knicks in 1990 and became a surprise starter and one-time all-star.

The Knicks later signed Houston in ‘96, and he would take Starks’ starting spot at SG. Starks would leave the team after two seasons. Houston would play nine seasons in New York before being forced to retire due to knee injuries. Overall, Houston would play in one NBA Finals and two all-star games as a member of the Knicks.