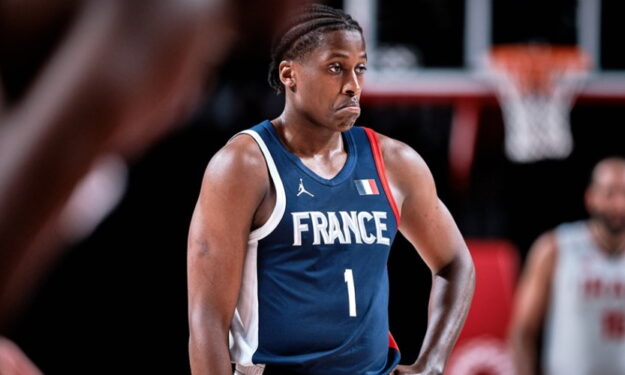 A FIBA Tournament without Frank Ntilikina

Frank Ntilikina is my favorite player in the NBA, and it's not even close. There is no other player who elicits emotional highs and lows from me like Frank does when he records 4 steals against the Phoenix Suns in a playoff game, or when he rides the bench in favor of Elfrid Payton. So with Frank unavailable to play in this year's EuroBasket tournament, I had no reason to watch the Spain vs France championship game.

Like many Knicks fans, I am a proud member of Frank Hive. I root for Frank maybe more than I root for the Knicks themselves (definitely more, if I'm being honest), and I continued rooting for him when he went to Dallas. The young guard first captured my heart by co-leading a 19-point comeback (along with another unnamed young star) against the Indiana Pacers, and by standing up to LeBron James after James publicly dissed him, saying that the Knicks should have taken Dennis Smith Jr. Ever since, Frank has been the focus of my NBA-fandom, and the primary driver of my emotional state.

Being a Frank fan is about agonizing over every minute he plays or doesn't play. It is about hope, stubbornness, and the feeling of vindication when he shows small flashes of prowess on the court.

Many of Frank's best moments have come in international play, hence the nickname, FIBA Frank. So when the Mavs exited the playoffs this year with Frank playing a meaningful part in their rotation, I was excited to see a EuroBasket tournament coming up this summer. Frank would get a chance to continue his forward momentum from the playoffs by competing for team France.

But being a Frank fan is also, unfortunately, about false starts and disappointment. Whenever he makes a little progress in his career, Frank gets sidelined by a minor injury. Groin, ankle, knee, illness, tonsillectomy recovery. Whatever it is, he can't seem to catch a break. In early August, Frank was ruled out of international play with an unknown injury, once again leaving this Ntilikina fan wanting more.

Many NBA fans were hoping to see a Luka vs Giannis EuroBasket final. Some wanted to see Franz Wagner continue his international breakout. Some Knicks fans may have been happy to see Evan Fournier in the championship game. Me? I just wanted to see Frank. But as I've had to do so often since he was drafted, I'll have to wait for the next opportunity. Here's hoping he finally gets the playing time and breakout he deserves.